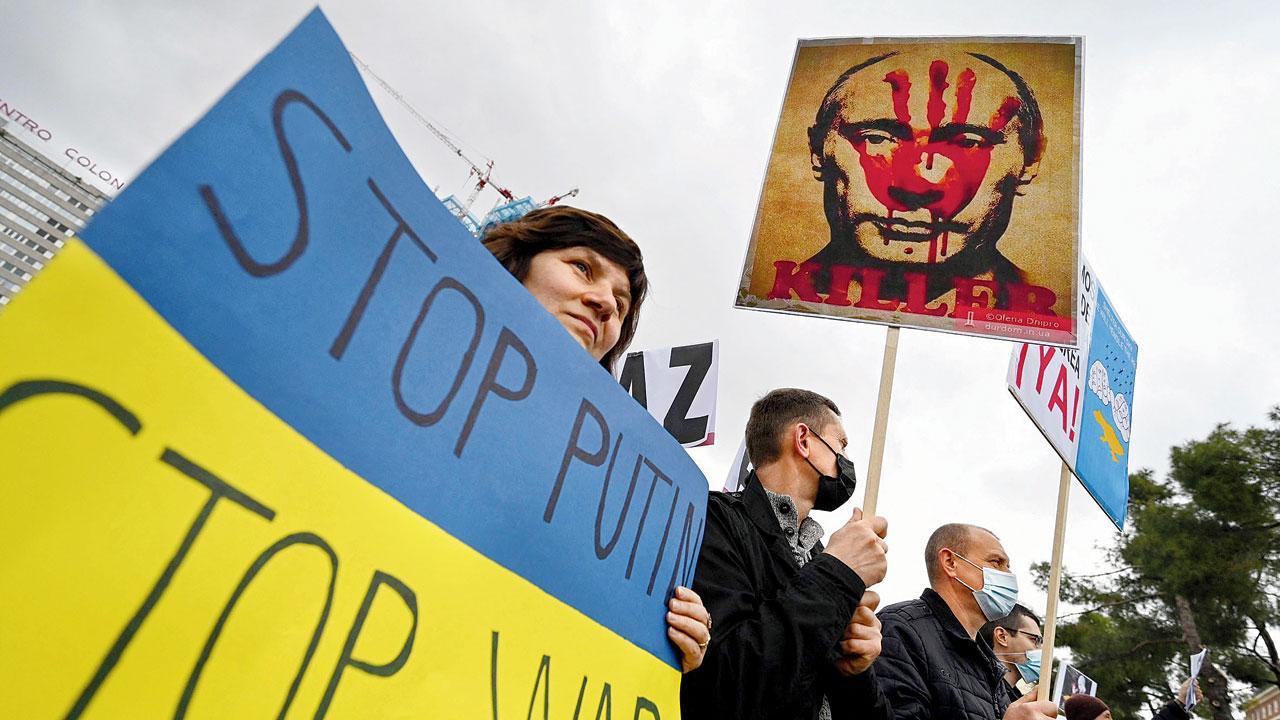 US and European nations have moved to impose the most potentially crippling financial penalty ever on Moscow, going after central bank reserves that underpin the Russian economy and isolate some Russian banks from a vital global financial network. does.

The leaders of the European Commission, France, Germany, Italy, Great Britain, Canada and the US said in a joint statement that the measure, which would include restrictions on the Russian central bank’s international reserves, would be implemented in the coming days. “Even beyond the measures we are announcing today, we are prepared to take further steps to hold Russia accountable for its attack on Ukraine.”

Traders and analysts said Russian exports of all commodities, from oil and metals to grain, would be severely hampered by fresh Western sanctions, which would jolt Russia’s economy and hurt the West with rising prices and inflation.

European countries and Canada closed their airspace to Russian aircraft on Sunday. Among the EU countries that announced the closure of their airspace to Russian aircraft on Sunday are Sweden, Finland, Denmark, Iceland, the Netherlands, Italy, the Baltic countries of Lithuania, Latvia and Estonia. The German transport ministry said on Sunday that the country’s airspace would remain closed for three months, but humanitarian aid flights were kept out of the ban. The move follows similar shutdowns by Britain, Poland, Bulgaria, the Czech Republic and Romania.

Kiev: Russian troops captured strategic ports in the south of the country on Sunday. A Russian Defense Ministry spokesman, Major General Igor Konashenkov, said the country’s military blocked the Ukrainian cities of Kherson on the Black Sea and the port of Berdyansk on the Azov Sea. Reducing Ukraine’s access to its sea ports would take a major blow to its economy. General Konashenkov said Russian forces also captured an airbase near Kherson and Ukrainian authorities in the Azov Sea city of Henichesk also reported fighting near Odessa, Mykolaiv and other areas.