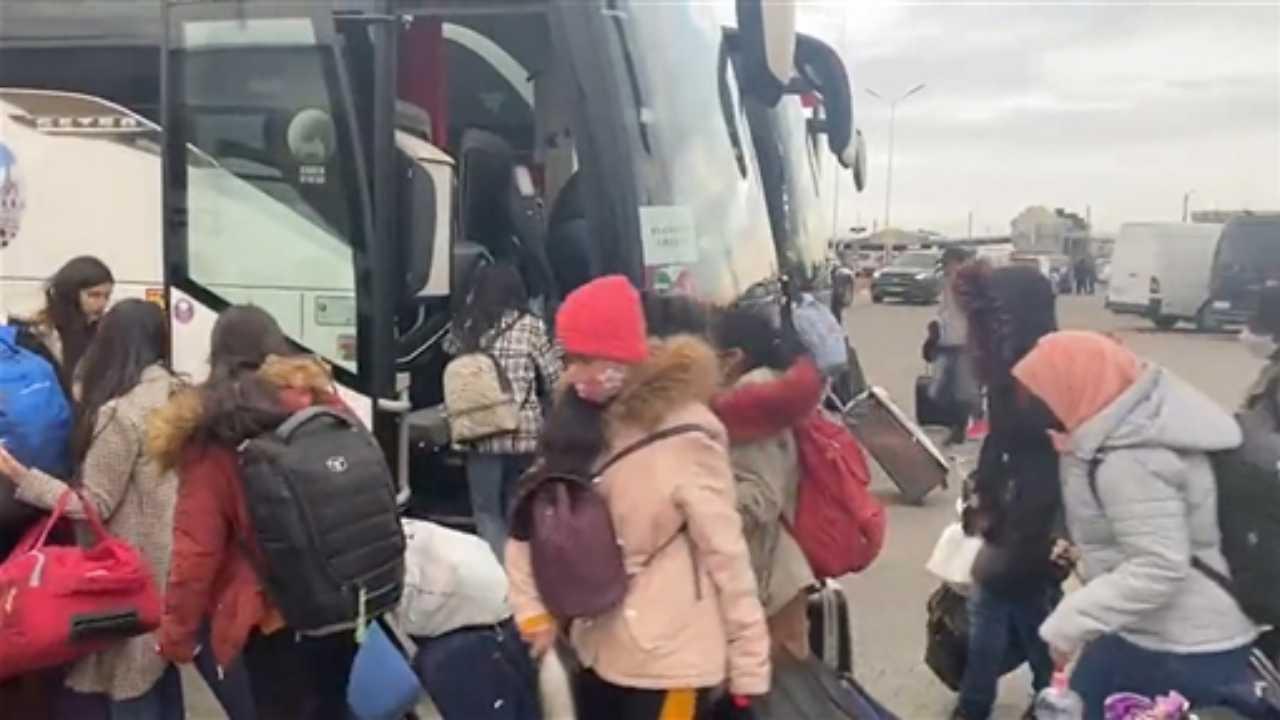 India on Saturday advised its citizens stranded in Ukraine to exercise caution at all times and not to go to any border posts to exit the country without prior coordination with its officials.

The Indian Embassy in Ukraine has issued a new advisory in the wake of escalating Russian attacks on several Ukrainian cities and reports of heavy fighting around the capital Kiev.

The embassy specifically advised those living in the eastern part of Ukraine to remain at their current place of residence and stay indoors or in shelters as much as possible.

“All Indian nationals in Ukraine are advised not to visit any border post without prior coordination with the Government of India authorities at the border posts (established helpline numbers) and emergency numbers of the Embassy of India in Kiev.” said.

It said the situation at various border posts is sensitive and the embassy is working continuously for coordinated evacuation of citizens with Indian missions in neighboring countries.

“The embassy is finding it difficult to assist Indian nationals who reach the border post without prior notice,” the advisory said.

Despite the difficult ground situation, India on Friday managed to set up camp offices in the cities of Lviv and Chernivtsi in western Ukraine to relocate Indians to Hungary, Romania and Poland.

India has deployed teams of officers to the Zahoni border post in Hungary, Krakowiec as well as the Scheini-Medyka land border points in Poland, Wisne Nemeke in the Slovak Republic and Suceva transit point in Romania to coordinate the evacuation of Indian nationals from Ukraine. did.