TrendingBazz
Home opinion Doing as the Japanese do 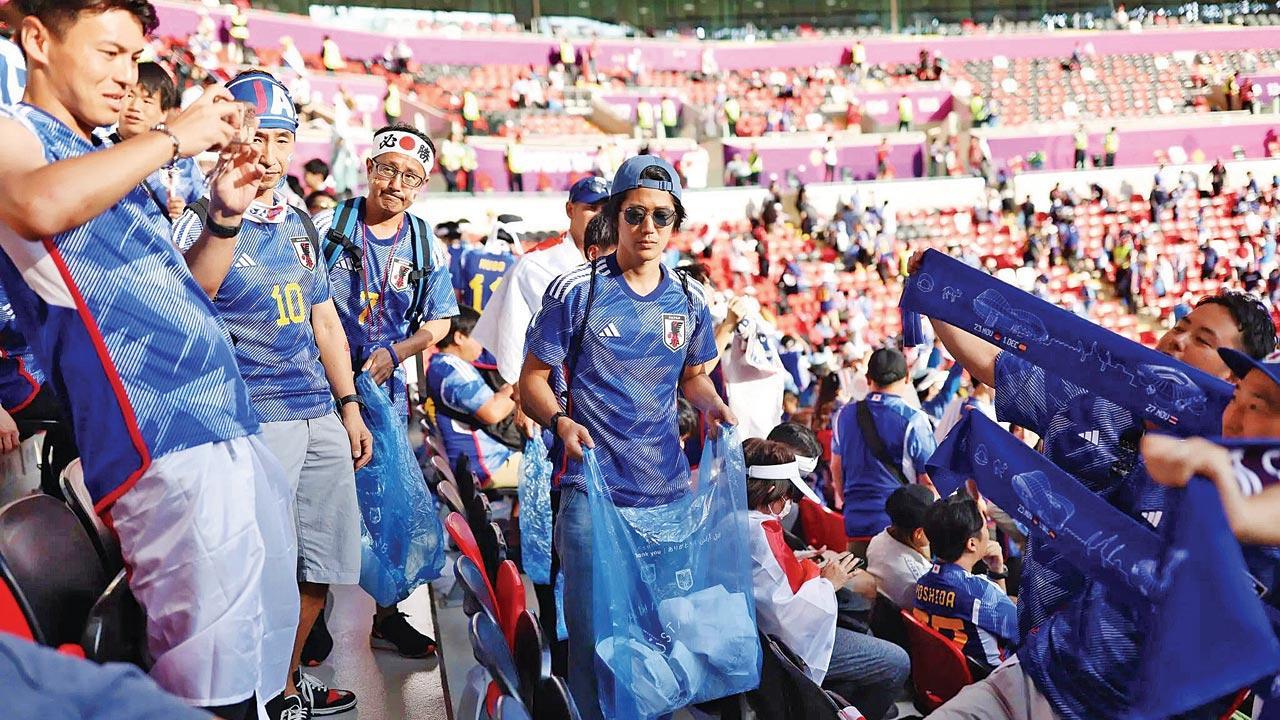 The Japanese are getting into the very good books with sports fans around the world thanks to their annoying habit of cleaning up before leaving a venue. It makes dirty people like us look bad, because no one ever expected India to keep any place cleaner than it already is. Sure, we want to tell our kids that cleanliness is greater than godliness, but even a blind man walking down any of our streets would find the hypocrisy of that sentiment amusing. This is probably why the Japanese would not need a ‘Clean Japan’ PR campaign to promote the image of some criminal as a politician in their country.

These reports got me thinking and wondering what Indians are known for abroad. I’m happy to say that the list I came up with was long and interesting.

It shouldn’t bother us that some Asians are perceived as nicer or neater or better behaved than others. It is not that we do not make our country and heritage proud in other ways. It has long been established, for example, that we are second to none when it comes to sniffing out legal loopholes and exploiting them. If there is anything that can be manipulated to make a profit, chances are there is a representative from our country behind that grand scheme. We can try and make it look respectable with gibberish like ‘jugaad’, but everyone knows a scam by any other name is still a scam, so I believe it’s time When we own that reputation and embrace it. We can also be known for cleanliness, albeit in a slightly different context.

Another thing we carry with us around the world is our deep and abiding respect for bureaucracy. Walk into any Indian consulate, or any agency hired by the consulate to manage immigration issues, and you’ll find yourself back in the 1980s and a world of nationalized banks where time has always stood still. Of course there will be computers and the Internet, but the attitude of the people behind those desks will remain unchanged. For tourists and foreign visitors alike, these men and women are committed ambassadors of what it really means to meet someone from India.

Then there is our famous and controversial accommodation of all the religious beliefs that have been so much a part of our tradition as a secular democracy. As the English city of Leicester found out early in 2022, it doesn’t matter how many years some of our countrymen spend away from our fancied shores; There is always a tug of war in their mind for an imaginary past where the whole of India bows before the same gods and goddesses, leaving no room for any other. We keep alive and well the healthy practice of communal rioting, without which the world would be a nice but undeniably boring place, and I don’t understand why we don’t get more credit for it. It is all a matter of perspective.

Respect for the environment is another virtue that must be instilled in us, even though noise, air and water pollution are an intrinsic part of our rites and traditions. It is the thought that counts, even if our actions are often misinterpreted. Take, for example, the Canadian city of Brampton, whose councilors voted unanimously in favor of a fireworks ban two months ago following an increase in complaints. Complaints were made during some of our religious holidays, but I would argue that we respect the environment on at least the four or five days of the year for which we are never praised.

Lastly, we should be recognized for the respect we always show our women. Our country might be one of the most unsafe places on earth for women, but very few Indian men abroad would display misogyny on their sleeves, for which they should be commended. He always takes care to limit this inescapable aspect of his personality to acts of honor killing, domestic violence, and other such acts, which manifests a commitment to protect India’s reputation in the outside world.

In the spirit of fairness, I will also acknowledge some minor flaws among us, such as our venerable caste system. There are increasing media reports abroad about how this is deeply rooted and systemic in nature, perpetuated through cultural perceptions and impossible for Indians to escape, but I think we should let go of this criticism.

This is our culture.

When he’s not boasting about all things Mumbai, Lindsay Pereira can be almost sweet. He tweeted @lindsaypereira