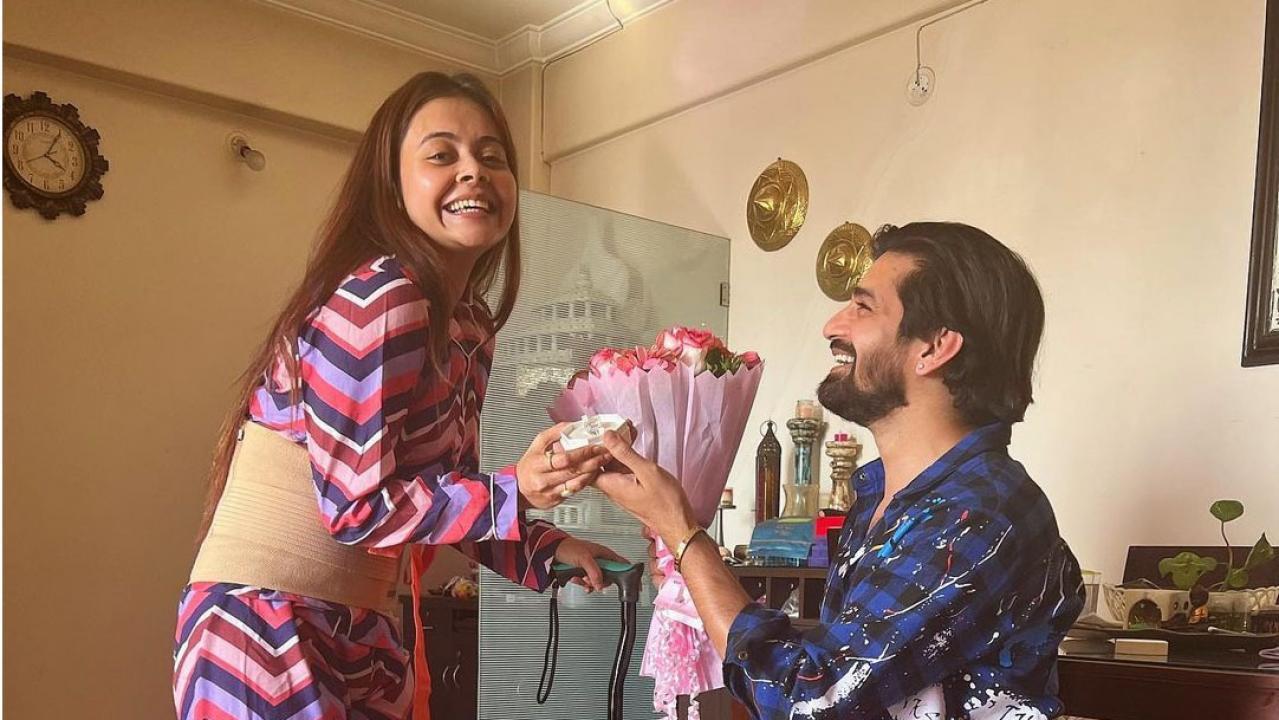 After exchanging rings, actors Devoleena Bhattacharjee and Vishal Singh took to social media to reveal that it was not an actual engagement but an announcement of their upcoming music video. The ‘Saath Nibhana Saathiya’ co-star started trending on Twitter after sharing a post announcing their engagement on social media.

Vishal shared several pictures embracing Devoleena while the latter flaunted his huge ring and bouquet of flowers with the couple’s fans. A few hours later, the duo went live on their Instagram handle and shared an update on the same. He revealed that he is ‘imposed’ to be a part of the upcoming music video titled ‘It’s Official’.

He shared, “The name of the video is ‘It’s Official’ and it is a very romantic track.” Meanwhile, Vishal also thanked the couple’s fans for the response they received from the post. “Whenever something like this happens, we will let you guys know. We are just good friends,” he said.