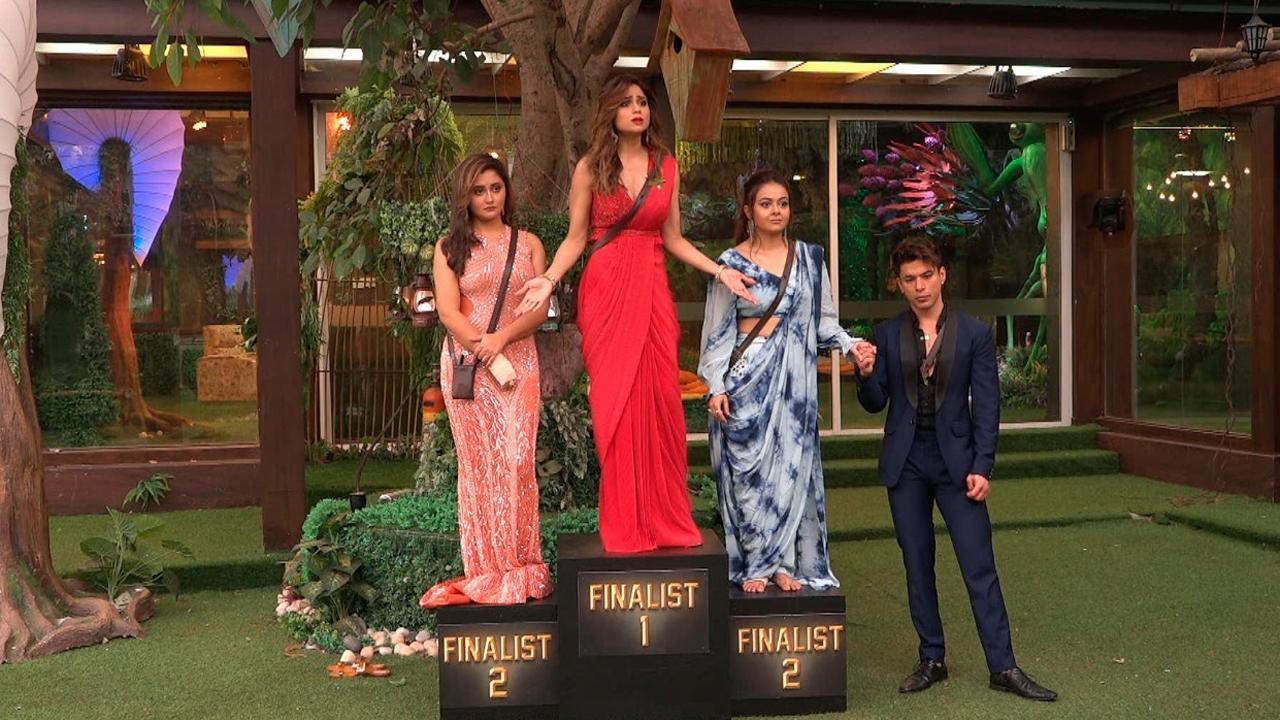 By becoming a VIP in Bigg Boss, every contestant is fighting for a place in the finale. To turn up the heat in this ‘Weekend Ka Vaar’, former contestant Gauahar Khan enters the house and becomes a ball of fire. She asks the family members to name the person whom they do not consider as their competition and do not deserve to be in ‘Top 3’. Tejasswi and Nishant Bhat immediately start blowing horns as she names the latter and says that she has no identity in the show. “There is no strong connect till date, except with their OTT friends”, she says. Nishant retorted and said, “He has neither the understanding of the game, nor the understanding to be here!” As their fight for words progresses, it will be interesting to see if their fight will turn into yet another strong rivalry of this season.

‘Dabangg’ host Salman Khan entered the stage and wasted no time in schooling the contestants on their behavior seen in the past week. First in line to face their fire is Rakhi, who is adding a lot of fuel to the fire among her fellow housemates. Salman asks her, “How do you know all this? And who is conducting the show, they don’t even know?” The host then chases after Tejasswi, who has been feuding with everyone this week. Salman questions her why she believes everyone is against her, and eventually uses this to play the sympathy card. She has been raising questions on the channel itself, which Salman did not like. He grills her saying, “Aap kosti rehti ho about Chanel. Aapka har kosna dekh raha hai, which the public is not liking at all!” Tejashwi tries to defend himself, but an angry Salman is in no mood to excuse her. How will Tejashwi escape Salman’s burning questions?