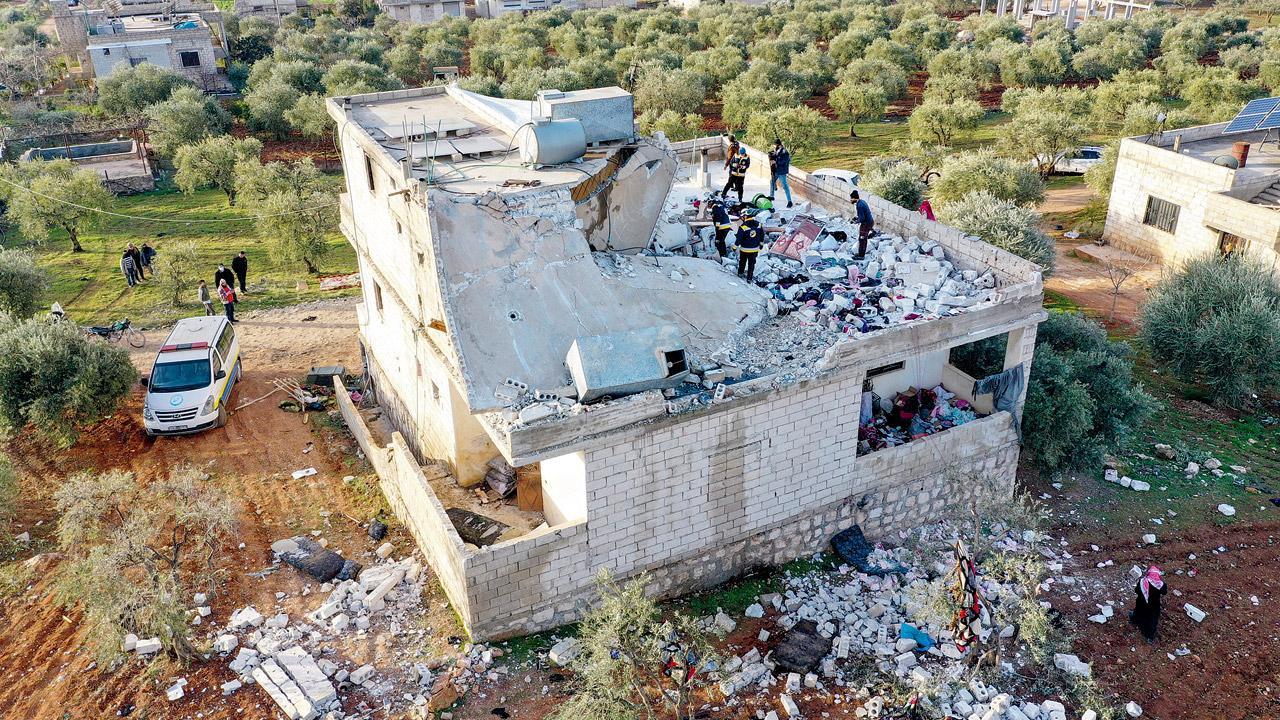 An elite US military force killed the leader of the Islamic State group during an overnight raid in Syria’s northwestern Idlib province, President Joe Biden said on Thursday. The raid targeted Abu Ibrahim al-Hashimi al-Quraishi, who took over as the head of the terrorist group on October 31, 2019, shortly after leader Abu Bakr al-Baghdadi was killed during a US raid in the same area days later.

The operation comes as IS is trying to resurface, with a series of attacks in the region, including a 10-day attack to seize a prison late last month. Witnesses said US special forces landed in helicopters and attacked a house in a Syrian rebel-held corner, clashing with gunmen for two hours. Residents described frequent gunfire and explosions that jolted the city of Atmeh near the Turkish border, an area dotted with camps for internally displaced people from the Syrian civil war.

First responders reported that 13 people, including six children and four women, were killed. Biden said in a statement that he ordered the raid to “protect the American people and our allies and make the world a safer place.”

“Thanks to the skill and bravery of our armed forces, we have removed the leader of ISIS, Abu Ibrahim al-Hashimi al-Quraishi, from the battlefield,” Biden said in a statement. He said all Americans involved in the operation returned safely. In the fields outside Atmeh, the top floor of the two-storey house surrounded by olive groves was shattered and blood was splattered inside.

Idlib is largely controlled by Turkish-backed fighters, but it is also an al-Qaeda stronghold and home to many of its top operatives. Other militants, including extremists from the rival IS group, have also taken refuge in the region.