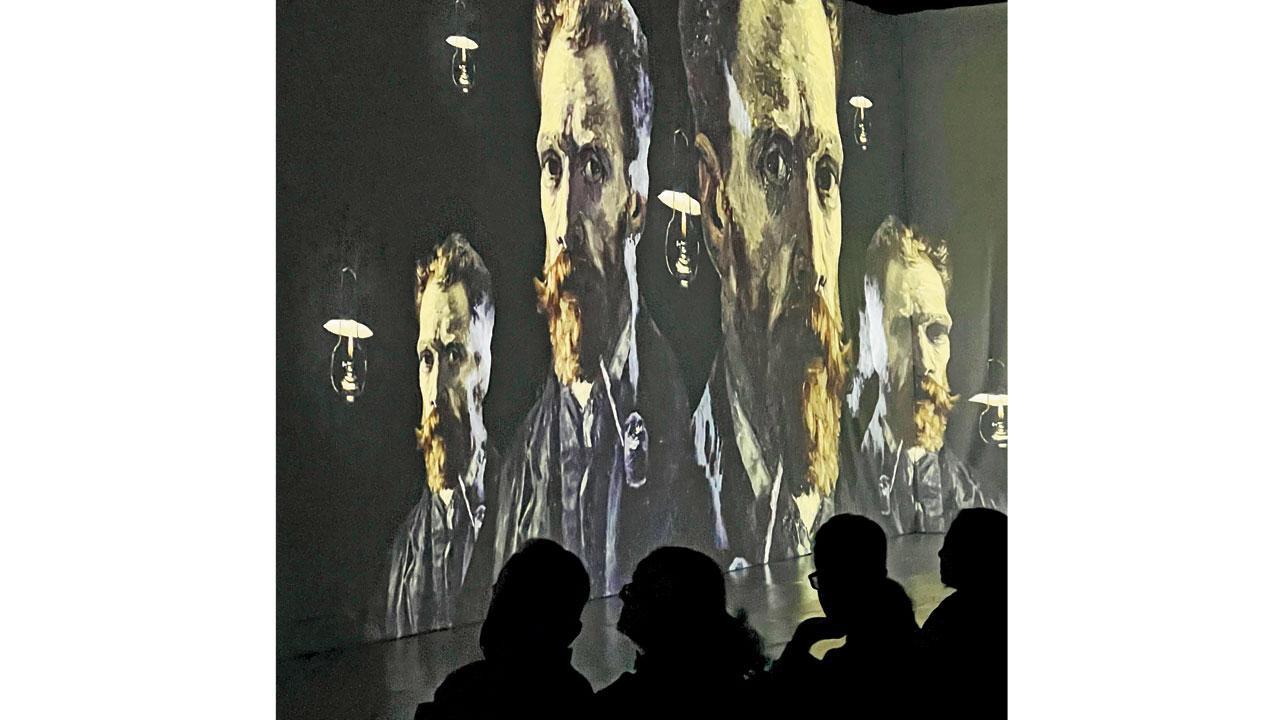 This time I was beyond stoned—Wankhede calm down, it’s legal, where I was—was at the Vincent Van Gogh Museum in Amsterdam. Moving from floor to floor full of Van Gogh paintings, a moment of epiphany came over my head, making it hard to drag my feet any further.

“It’s a hoax,” I thought! It is improbable that someone would paint 2,100 canvases in his last decade before he seriously took up a brush – 861 of those paintings were produced in just the last two years of his life! Having sold only one painting, The Red Vineyards at Arles (1888), while he was alive, in complete poverty. Where would Van Gogh (1853–1890), a vagabond, lonely man, with mental health issues, even find the space to do so much work? Even while creating, as if the world did not exist at all!

Imagine uploading pictures/videos/reels of world class quality, every day, without ‘likes’ directed at your posts. How long will you give up on despair/apathy?

For the pose, Van Gogh is the undisputed ‘father of the selfie’, having made the most number of self-portraits – there, too, the numbers vary from 35 to 43 (see what I mean?). The only ‘Van Gogh’ I have (ha!) is the meme of a Covid/surgical mask on my t-shirt, on his self-portrait—he didn’t have another ear to hold that mask!

He famously cut it off after a quarrel with fellow artist Paul Gauguin. And then he clicked a selfie with a bandaged ear. So ‘Insta’, I refuse to believe that he specializes in self-portraits, simply because he couldn’t afford live models!

As a result at least what we know of Gauguin is uniformly non-existent in mainstream memory. Nor did van Gogh’s Parisian originator of artistic decoration, like, say, the other Paul, Cézanne, or the waterlily-wallah Monet! Surely you’ve heard of the Renaissance greats before them – Leonardo, Michelangelo, Donatello, Raphael (‘coz, you know, the Teenage Mutant Ninja Turtles? Just kidding!).

But, yes, the absolute emphasis on ‘artistic genius’ – essentially on the individual connect / quality / relevance of repeatedly produced art – is a renaissance idea. What does this help? The art/luxury business, clearly – where money becomes increasingly a metaphor, galloping amazingly in value into the millions/billions, depending not so much on the work as the signature it is attached to.

I have heard that most of the valuable paintings are not even displayed in the homes of their owners. They have been kept in the safe. His replicas are on private walls. Which then could also be considered a ‘forgery’ – a charge against many ‘Van Goghs’. But what do we mean by fake? It is not painted by Van Gogh. It’s still a painting. What if it’s brilliant, or something crazy for you? But we’re talking about $50 million—the starting price of Van Gogh, regardless of what he created! Punters expect NFTs online to make the event progressively more middle-class as time goes on.

There is no denying the startling, stunning visual quality of Starry Night (1889) – a way of seeing the night that van Gogh allegedly sought after getting drugged on digitalis for medicinal help with bi-polar disorder. was obtained from It is still a very small object in the Museum of Modern Art (MoMa), New York. ‘Starry Night’ was also on the dessert menu at the Bandra restaurant (Nava) I went to last night – just saying!

It certainly owes its global stardom to the Don McLean track ‘Vincent’ (1971) – the beautiful background score to love, that no one would associate with Van Gogh’s tragic tale, a man “for art”. Martyr”. McLean wrote the song after reading Irving Stone’s biography, Lust for Life (1931), which was made into the 1956 film that made van Gogh a household name in America.

The capitalists piled on while the sunflower was shining. Not saying this is crime master Van Gogh, selling merch, taking to museums. But someone is pocketing the money. And it’s not the man who created the art. For some time there could be a plateau of silence.

But Loving Vincent (2017), the finest piece of filmmaking is likely to enter your tiny cellphone – so you can enjoy/view hand-painted art up close, 125 minutes to remember Van Gogh’s life Turned into a film by the cast – giving the artist the aura of an ever-expanding cult following. And, now, if it’s Vincent – you’ve got to gag!

As thousands of people around the world turned out to catch Van Gogh 360, an immersive experience, I hear many have flown in for its Mumbai stop. We stood in line for an appointed half-hour window at Van Gogh’s World, paying a thousand bucks for a stub, for a sold-out show.

Only to enter, in full gusto, and to find a screen-saver of Van Gogh’s paintings, beneath his feet, and mounted on a wall. Don’t push it. If it had been replaced by Dali, I would have at least bypassed Wankhede.