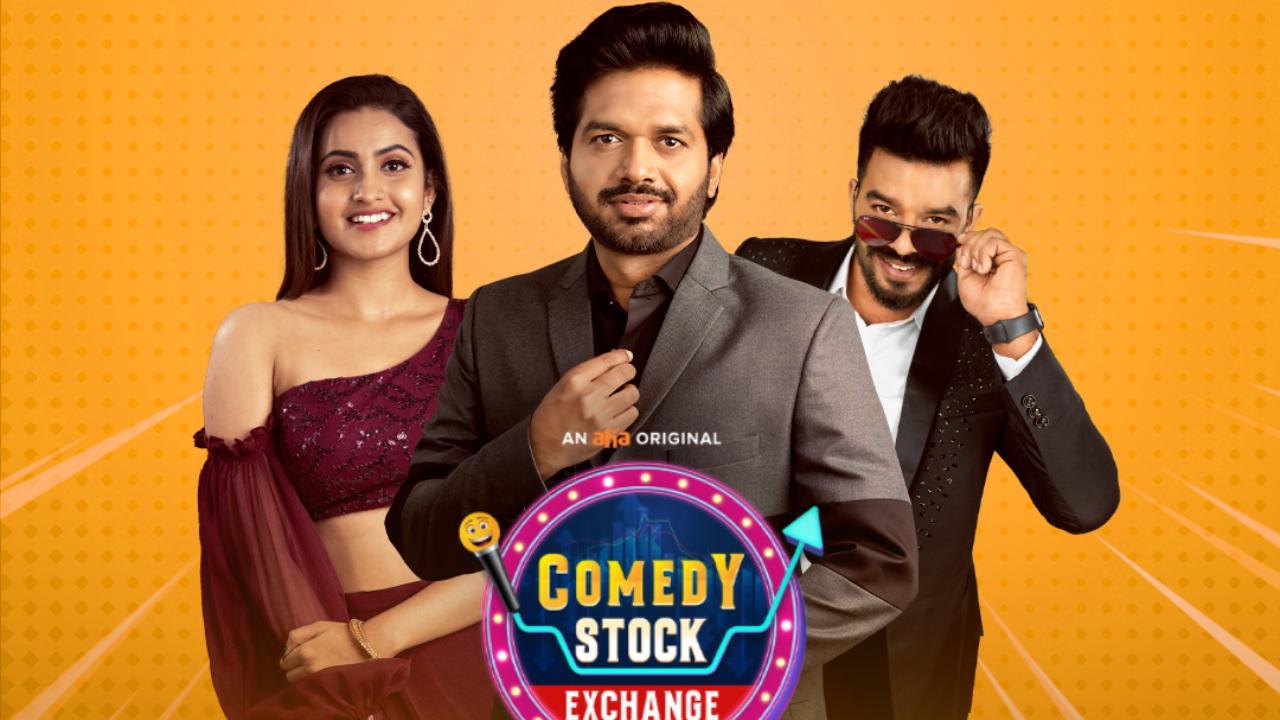 When you need something to make your heart feel good or your cheeks hurt from laughing too much, nothing compares more than a great comedy. With a promise to entertain its viewers to the fullest, Aha, 100’37 local entertainment OTT platform presents a light-hearted family comedy show, Comedy Stock Exchange premiering on 2nd December, 2022. The film is written and directed by Anil Ravipudi, known for films like Sarileru Neekevvaru and F2: Fun and FrustrationAll set to debut on OTT and play the role of the chairman of the show is what makes this show different.

Anil Ravipudi will appear as the chairman, while Sudigali Sudheer and Dipika Pillai will host the show. The show sees well-known comedians like Venu, Mukku Avinash, Saddam, Express Hari, Bhaskar and Dnyaneshwar take to the stage, light up the crowd and bring laughter to the audience. The show consists of three rounds where the live audience will vote for their favorite stock (comedian). The one who wins more votes and wins the heart of the chairman stands as the top stock. The 10-episode show promises oodles of fun and unlimited entertainment every weekend.

Commenting on his debut in OTT with Comedy Stock Exchange, Anil Ravipudi said, “I am very excited to have an official platform to showcase different aspects of comedy. I am thankful to AHA for giving me such a platform and a brand new show ‘Comedy Stock Exchange’. This is my first show in OTT and very close to my heart. My excitement is at its peak as this is something that I do off camera, but now my fans will see me in a different avatar.”

The show’s host Sudigali Sudheer says, “I am overwhelmed by the warmth and love that the audience has showered me with over the years. Their faith and undying devotion inspires me to rediscover myself and bring a smile to every household Yes. I’m excited about myself.” Debut in OTT and my first association with Aha. This is a project close to my heart, and I can’t wait for everyone to sample it.

This December, prepare yourself for a massive rise in temperatures caused by none other than Comedy Stock Exchange, Your New Happy Place! With the onset of winter, get ready for a dose of rib-tickling comedy.